The first of several guitars I made for Henry Kaiser - expression of his fascination with cuttlefish.  He sent me an Ernie Ball Music man neck which I modified a little and a Bartolini humbucker which I fitted with a custom pearled celluloid cover. 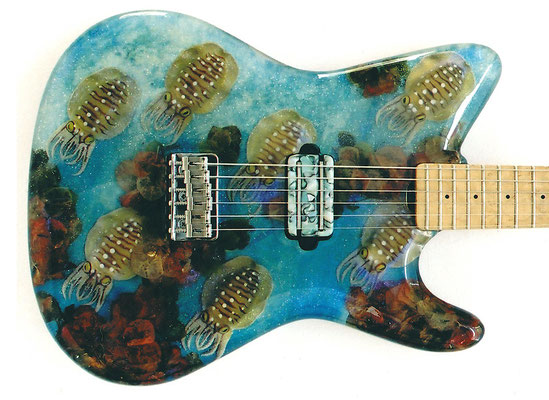 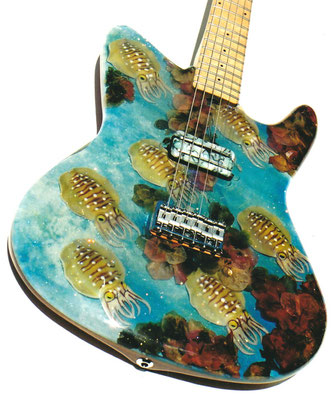 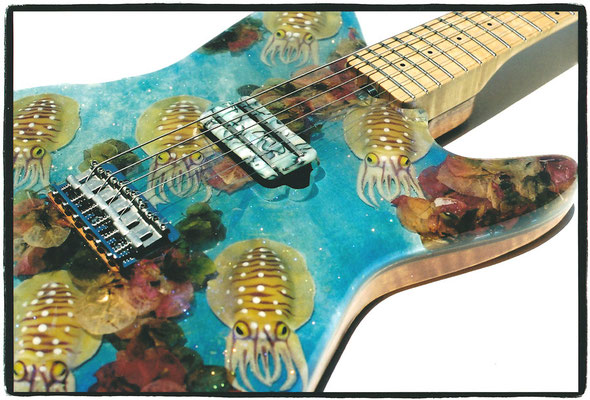 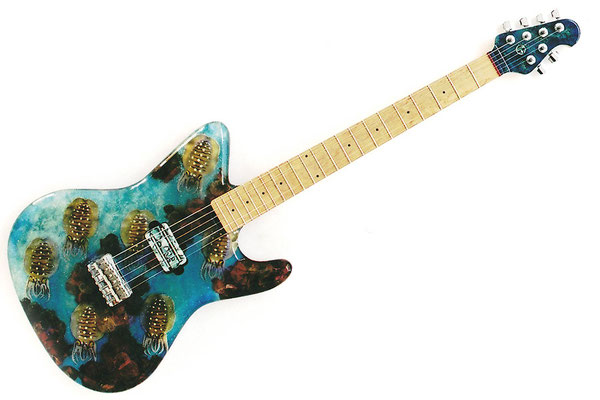 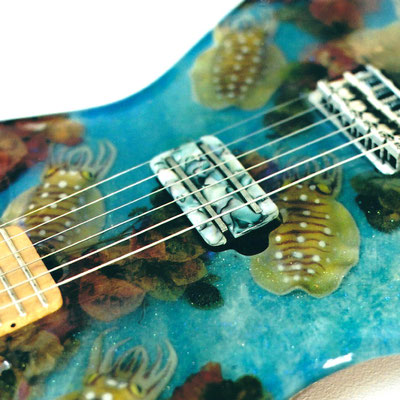 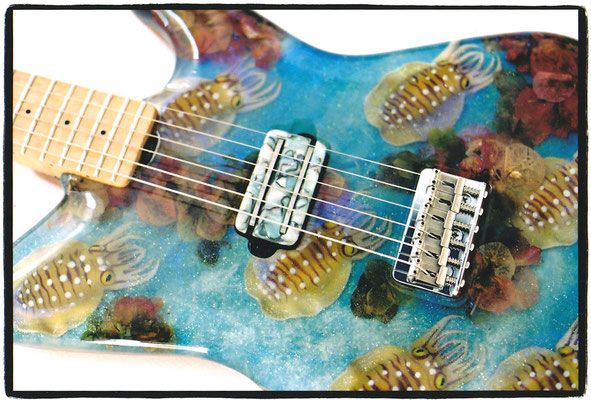 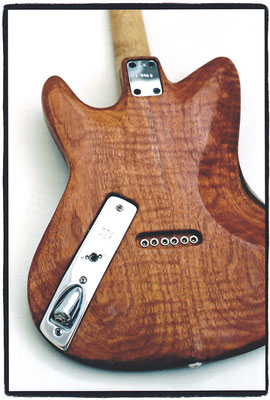 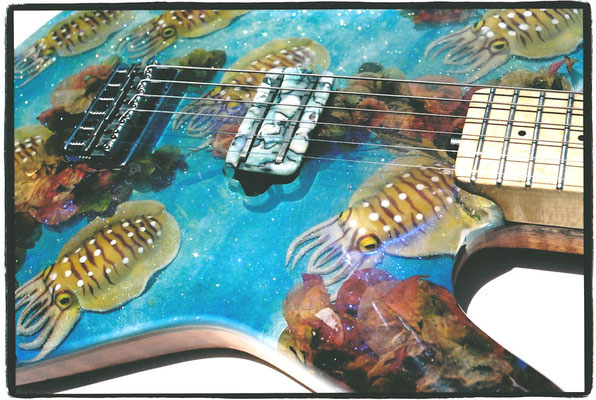 Commemorative guitar for Wes Bentley (Rebel Guitars) - much later he became one of my dealers... 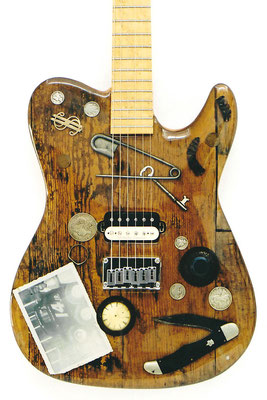 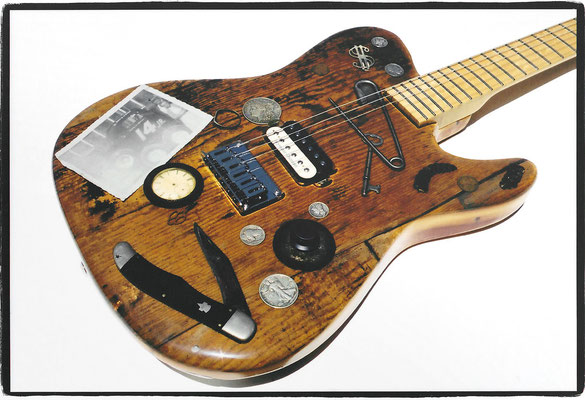 Guitarist Woody Aplanalp commissioned this instrument.  It was designed around ceramic art pieces created by his wife.  The body is made of Cedar, the neck bird's-eye Maple and the fingerboard Purpleheart.  The electronics inlcude a Fernandes Sustainer, a 'behind the bridge' Lace sensor, which can be blended into the signal, a Z-Vex Wah probe with the silver eyes functioning as antenna, a kill switch and a vintage Bill Lawrence bridge pickup along with a vintage Gibson minihumbucker.   Woody is a master at using all of it!  He later commissioned a second guitar:   (G 0829 'The Woody'). 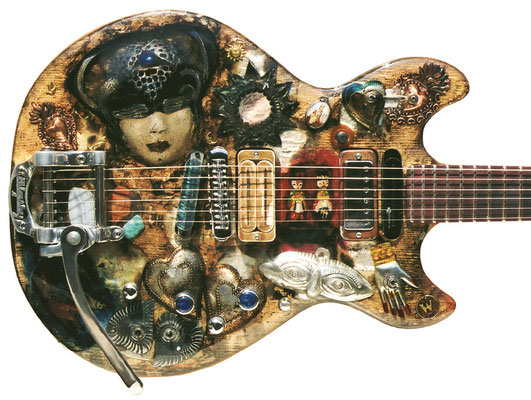 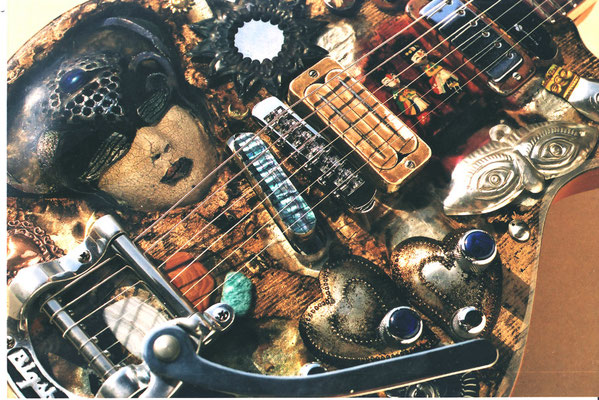